There are more than 200 employees in the tribal Health and Human Services Branch. The workers in the various HHS departments serve the membership in many ways, in all aspects of the field of health.

The branch interacts with the federal and state health agencies. So an important function of Health and Human Services is good communication and representation with the outside agencies, and funding sources.

The Health and Human Services tribal liaison is dedicated to this task, ensuring the tribes are part of government processes that effect the tribal health services.

Caroline Cruz used to serve as the HHS liaison. But since she resumed her job as branch general manager, she no longer has the time. So she hired Shana Radford as the new Health and Human Services tribal liaison.

The liaison job is really inter-government affairs, “making sure our voice is out there, making sure we’re well represented and connected,” Shana was saying recently. 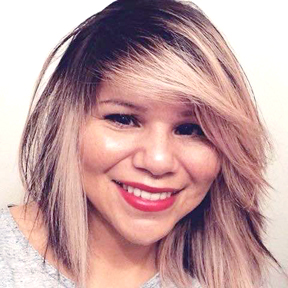 Just before moving to Warm Springs, Shana was studying at the University of New South Wales in Sidney, Australia. This is where Shana got her Master’s degree in International Law and International Relations.

She was a Sir Keith Murdoch Fellow with the American-Australian Association at the University. Shana was in Australia for a year and half with her kids Maddox, 12, and Artis, 3.

Growing up, Shana lived part of the time in Warm Springs. She was here until the fifth grade, when her family moved back to Umatilla. Her parents are atwai Billy Jo Bagley and Art McConville.

After they moved, Shana would often come back to Warm Springs, to visit family, play in tournaments, for community events, etc.

Later, she pursued her career and education, she focused on international indigenous issues. One of her teachers was Megan Davis, chair and expert member of the United Nations Permanent Forum on Indigenous Peoples.

In 2010-2011, Shana was a Hatfield Fellow, working in Sen. Ron Wyden’s office as the tribal liaison.

More recently, living in Australia was a great experience, she says. But it is good to be back in Warm Springs.

“I want my kids to have what I had growing up—community and culture,” Shana says.

When young people have these things, “the sky is the limit. When you grow up with family and community, you can go out in the world as far as you want to go.”

Shana is happy to bring her experience and knowledge back to the Warm Springs community. “And I’m learning more all the time. There is always knowledge to be gained when you work in a Native community.”